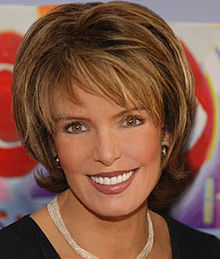 He always makes it look so easy.  From chatting with Mel Allen to presenting General William Westmoreland.  I was always jealous of my buddies Hannah Storm and Donna de Varona that they were in black and white pictures with him, as if they’d been in his inner circle for decades.

Louis O. Schwartz has been in everybody’s inner circle, and then he made room for the rest of us. I remember him telling me about judging the Mrs. USA Pageant, or when he was the Chairman of Naval Recruiting, or how he was invited to Beijing, China, to give a speech on the history of American sportscasting at the China Commentators Seminar. As Shakespeare would say, he was a man in full.

For 40 years, as President and caretaker of the American Sportscasters Association, we’ve been privileged to know such a kind, thoughtful, witty savant as Louis Schwartz.  He could tell stories about having dinner with Clyde Frazier and Michael Spinks, then write a beautiful tribute to women in sports.  Suzyn Waldman and I used to fight about which of us Lou liked more. He made everyone feel as if no one else was in the room.  In his black tuxedo,  bow tie and aviator glasses, he would introduce himself to everyone, as if Bob Costas or Harry Caray hadn’t been out with him the night before.

And Lou has always had a scathing wit.  He said his favorite quote came from Greg Norman, who once said, “I owe a lot to my parents, especially my mother and father.”

But Lou was also sentimental.  He asked me once to emcee the dinner, and I was so intimated by the honorees – Dr. Henry Kissinger and Joe DiMaggio – that I didn’t even pose in the picture on the dais.  But I’ll never forget Joltin’ Joe putting his arm around Lou and whispering something obviously meant for only Lou, and seeing Lou tear up.  He’s never told me what Joe DiMaggio said.

Is it possible?  Lou’s been sort of an everyman Bon Vivant.  He’s given seminars on water pollution, then gone out to dinner with Pat Summerall or LeRoy Neiman. He was just as engaged talking to Jim Nantz or Ian Eagle about college basketball as he was talking politics with President Ronald Reagan. I remember once the great Dick Enberg told me what he thought Lou’s secret was. Dick said that Lou had all the ingredients of a successful sports entrepreneur and someone perfect to head the ASA. He loved the game – any game. And he was knowledgeable, talking to Don Dunphy about boxing or Larry King about everything.  And then he had what many people don’t have – the ability to listen.  He loved hearing stories from all walks of life, from Little Leaguers to military men to NFL Hall of Famers.   His love of both people and sports has richly rewarded Lou Schwartz.  I’ve been at many of the ASA Hall of Fame dinners, and I’ve seen Lou work his way from a joke with Tommy Lasorda to a belly laugh with Al Michaels.

One time, Curt Gowdy, Jr. arranged for me to go to his dad’s house for dinner in Palm Beach.  As a child of the Red Sox, I grew up listening to Curt Gowdy on my cheap transistor under the blankets at night.  I was speechless to meet him.  But after a few minutes, Curt started telling stories.  He stopped in the middle of one and said to me, “Didn’t I see you at one of Lou Schwartz’s dinners?  I’m on the Board of Directors.”
Lou, I will love you forever. Truth be told, we all will love you forever. You have nobility and reason and grace, you are the beauty of a man.

Lesley Visser was voted the No. 1 Female Sportscaster of All-Time by the American Sportscasters Association.  She is in her 29th year with CBS.