The trust is utilized for charitable contributions for the future ASA Hall of Fame as well as other charitable endeavors such as the ASA’s “Vets2Broadcasting” program.

The ASA Board of Directors Dick Enberg, Jon Miller, Jim Nantz and Bill Walton are its guiding officers.

The ASA’s “Vets2Broadcasting" program is designed to capitalize on the knowledge, experience and established national network of ASA broadcasters and media production professionals. The members of the ASA are affiliated with television and radio networks, professional sports associations and leagues, collegiate and amateur athletic organizations, as well as various local television and radio stations.

On October 6, 2014 the ASA was pleased to announce it had secured employment for its first veteran, David LaLonde, a 27-year-old Iraqi War veteran, at the Sanilac Broadcasting Co. in Sandusky, Mich. (See articles below.)

In addition to placing qualified veterans into meaningful employment, the program is also designed to provide selected veterans with a structured orientation in the field of broadcasting. This program will provide meaningful education and practical training in the production of television or radio sports, news or entertainment programming with job placement services upon completion.

The ASA is currently seeking additional funding to continue to provide this most valuable service to our returning veterans. 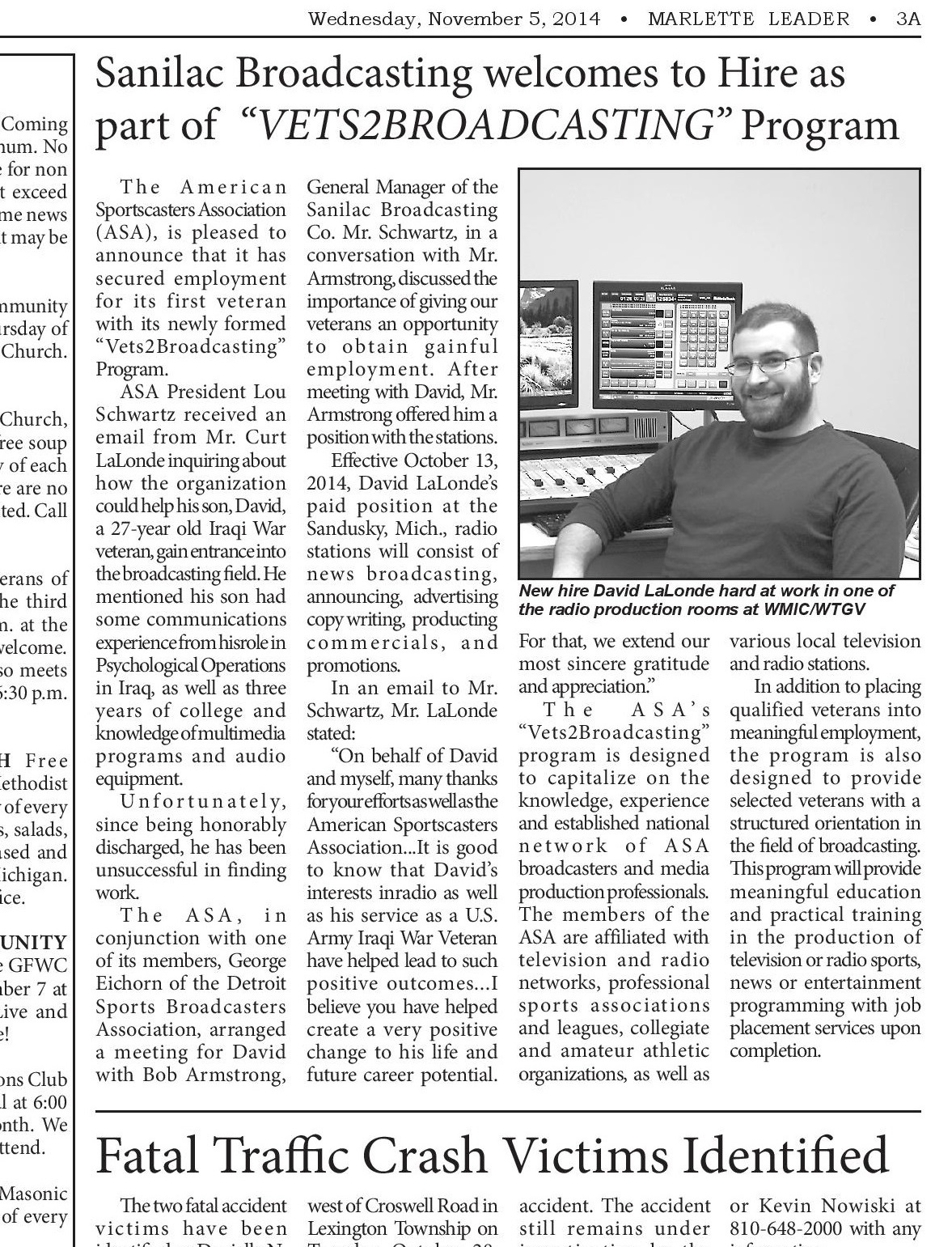 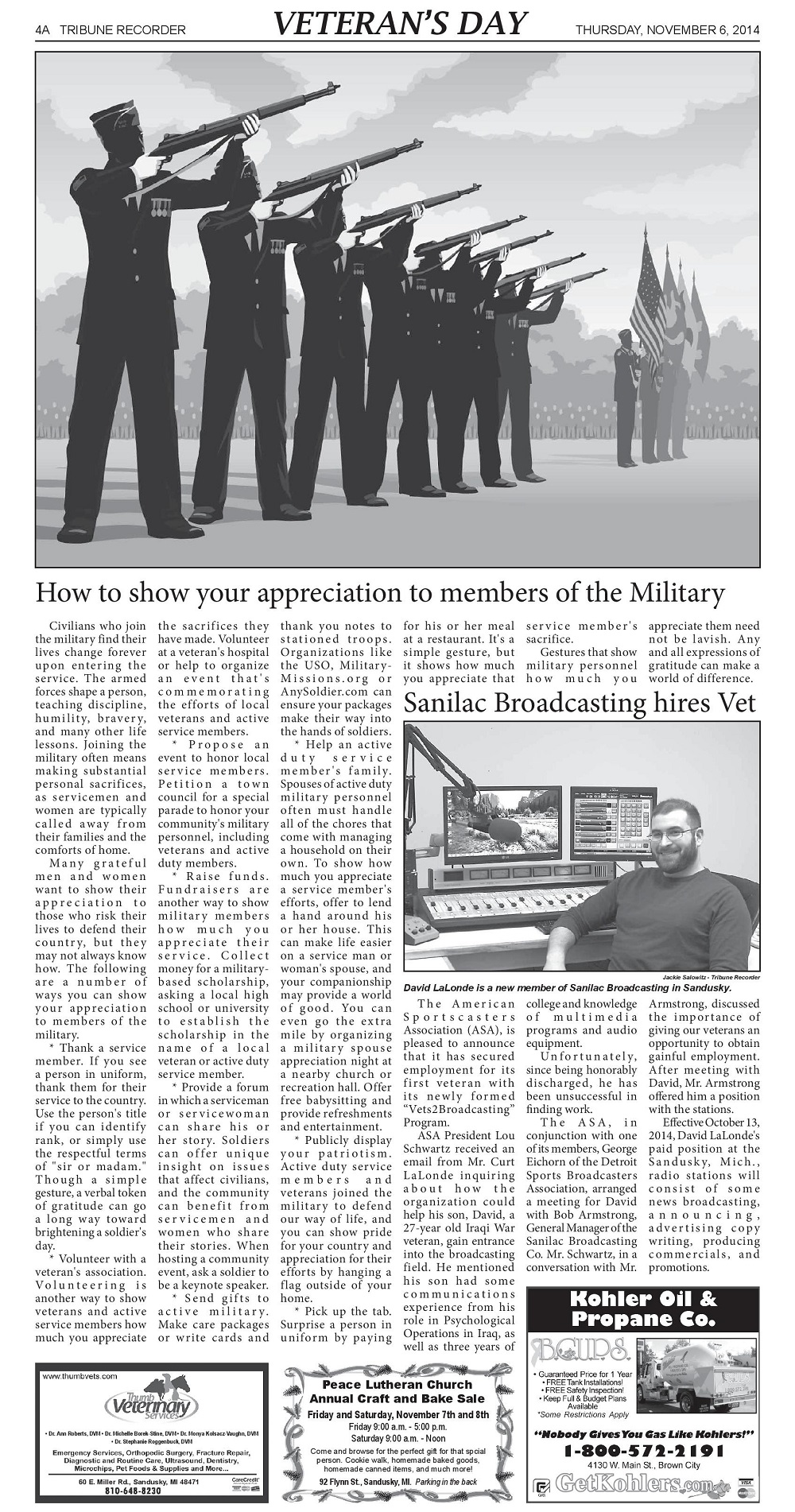