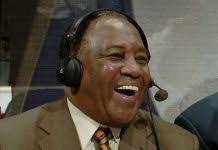 Born in Louisiana but raised in Portland, Ore., Jones was a standout player at the University of Oregon. He enjoyed an eight-year career in the ABA where he was a three-time All-Star and finished out his playing days with the NBA's Portland Trailblazers in 1975-76.

Upon his retirement, Jones joined the broadcasting ranks as a color commentator with CBS. He also called games for TBS, TNT, USA, the Trailblazers, and the Denver Nuggets.

Jones is probably best known for his 13 years as a color analyst for the "NBA on NBC." He joined the Peacock Network in 1990 and  was typically paired with ASA Board Member Bill Walton in a three man booth alongside play-by-play announcers like ASA Chairman Dick Enberg, and ASA members Bob Costas, Tom Hammond, Greg Gumbel and Marv Albert.

Jones and Walton were former Trailblazers teammates and close friends and they developed an excellent on-air chemistry. Their good-natured ribbing and arguing with one another was very popular with the audience and became a staple of the broadcast.

One of the highlights of Jones' career was getting the opportunity to call the 1992 Olympics in Barcelona alongside legendary Lakers announcer and ASA Hall of Famer Chick Hearn. It was a grueling schedule - 36 games in two weeks- but to see first hand the domination of the "Dream Team" on its way to capturing the Gold Medal was something Jones said he would always cherish.