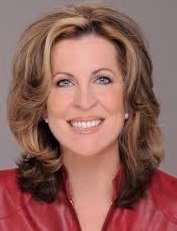 March 1, 2019 - Peggy Kusinski, Lifetime ASA Member and veteran Chicago sportscaster, has been named the broadcast recipient of the 2019 Ring Lardner Award for Excellence in Sports Journalism.

The award is named for the famous sportswriter and satirist of the early 1900s whose syndicated column, In the Wake of the News, originated in the Chicago Tribune in 1913 and appeared in over 100 newspapers.

“I’m a little embarrassed to receive such an honor named for one of the greatest sportswriters to ever work in Chicago,” said Kusinski, a Chicago native and longtime sports reporter and anchor for WMAQ-TV.

"I’ve always admired the writers who cover Chicago teams and tried to bring some of that type of coverage to local sports television news. But I should not be mentioned in the same sentence with the great Ring Lardner. Though I will say we both used athletes voices as a way to connect with the sports audience.

"And I’m grateful to follow in his and in former sportscaster Jeannie Morris’ shoes in this great sports city.”

Kusinski, Southern Illinois University graduate, began her career in Chicago as a sports anchor for CLTV. She was a sports talk show host at ESPN Radio WMVP AM and the former WMAQ AM before joining WMAQ-TV in 2000.  Kusinski is currently working on in-depth and investigative sports stories for the station.