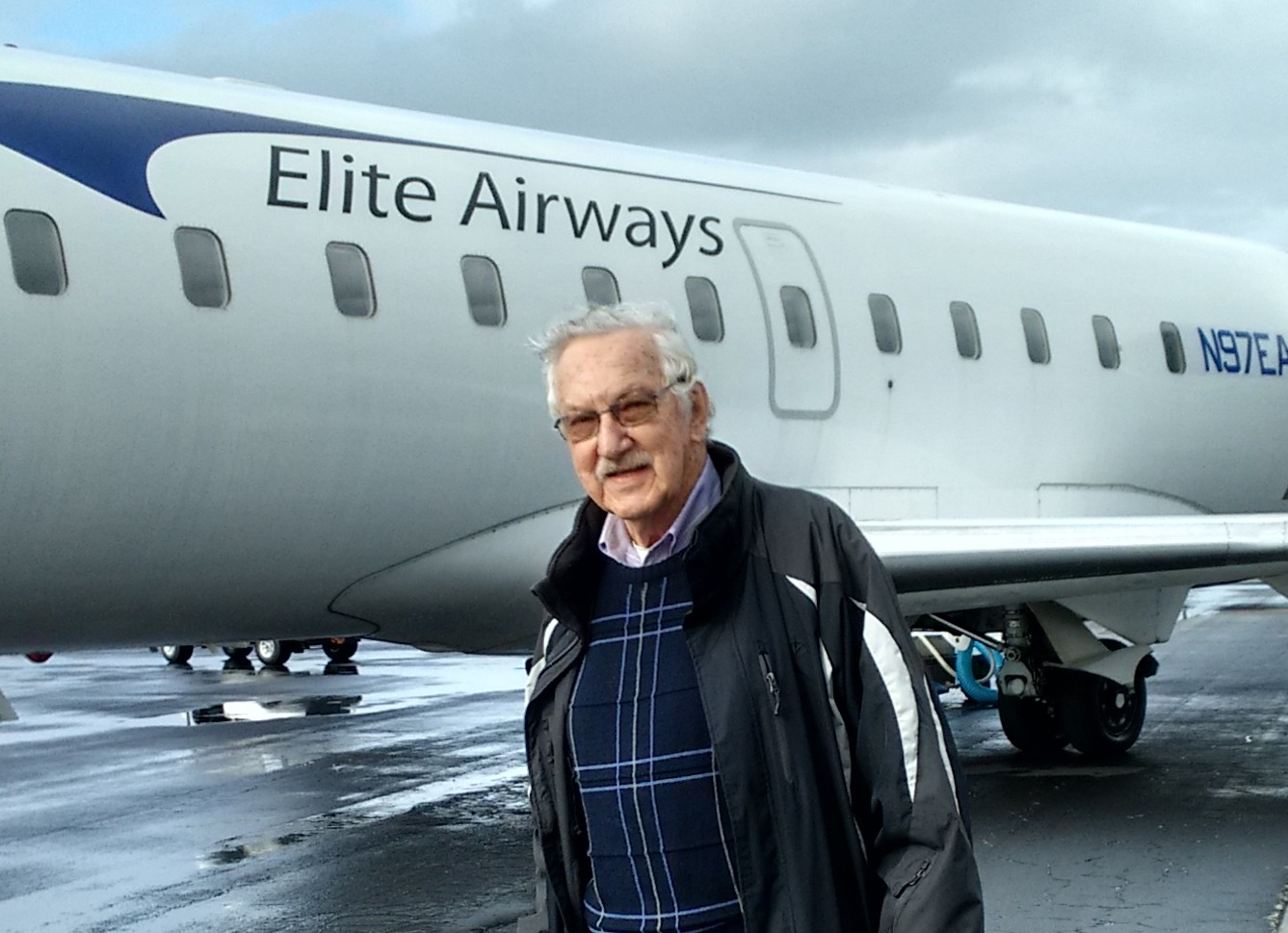 Lou Schwartz after touching down at the Vero Beach Municipal Airport

December 21, 2015 - Lou Schwartz, President of the American Sportscasters Assoiation (ASA), was aboard the initial flight of Elite Airways from Newark Airport to Vero Beach, Fla. The flight held precious cargo from New York City, a section of a steel I-beam from the World Trade Center. Schwartz made the trip to visit his home in Vero.

Mr. John Pearsall, President of Elite Airways, flew the beam, a remnant of the 9/11 attacks, from Newark to Vero for free.  It was the first time a commercial airline has flown this route non-stop.

An airport ceremony consisting of members of the Melbourne Fire Dept., veterans groups and the Mayor greeted the cargo, which was to be delivered to the Liberty Bell Memorial Museum in Melbourne, Fla.

Schwartz, who resides in Downtown Manhattan a few blocks from the World Trade Center, was home in his apartment the morning of the attacks and recalls the horror and devastation of that day and the weeks and months that followed, which to this day bring tears to his eyes.