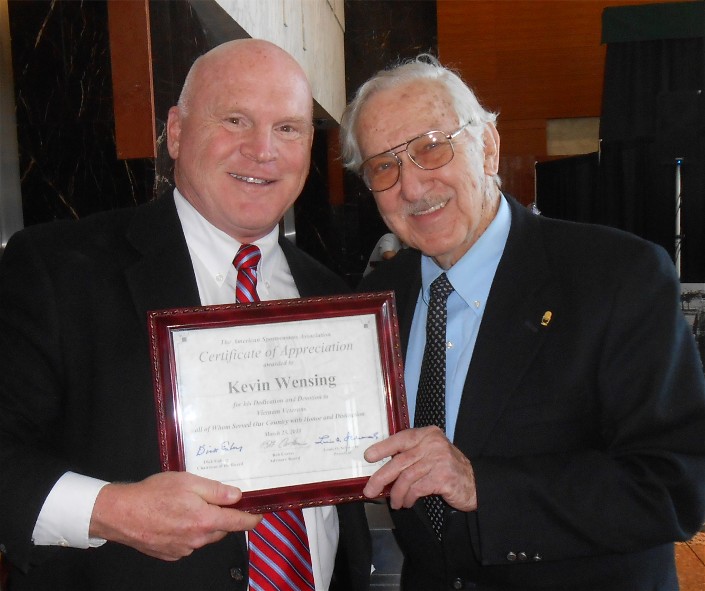 March 23, 2013 - Louis O. Schwartz, President of the American Sportscasters Association, presented Kevin Wensing (Captain, USN, Ret.), Chief of Public Affairs and Strategic Communications for the Vietnam War Commemoration, with a Certificate of Appreciation “For his dedication and devotion to Vietnam Veterans, all of whom served our country with honor and distinction,” at the fourth annual Vietnam Veterans Recognition Day on March 23rd at the Vietnam Veterans Memorial Plaza in New York City.

Wensing was among those who were instrumental in organizing the event, and also serves on the Advisory Board of the ASA’s “Vets2Broadcasting” job creation program.

President Obama, New York Governor Andrew Cuomo and Mayor Michael Bloomberg were among those sending greetings and best wishes to the veterans in attendance at the event, which was presented by the United Veterans War Council.

The program also included the reading of the names of the 1,741 New Yorkers lost in Vietnam and the 91 who have made the ultimate sacrifice since 9/11. Vietnam War Commemorative Flags were also presented.