Joe Buck
Pays Homage to His Father
and His Hometown 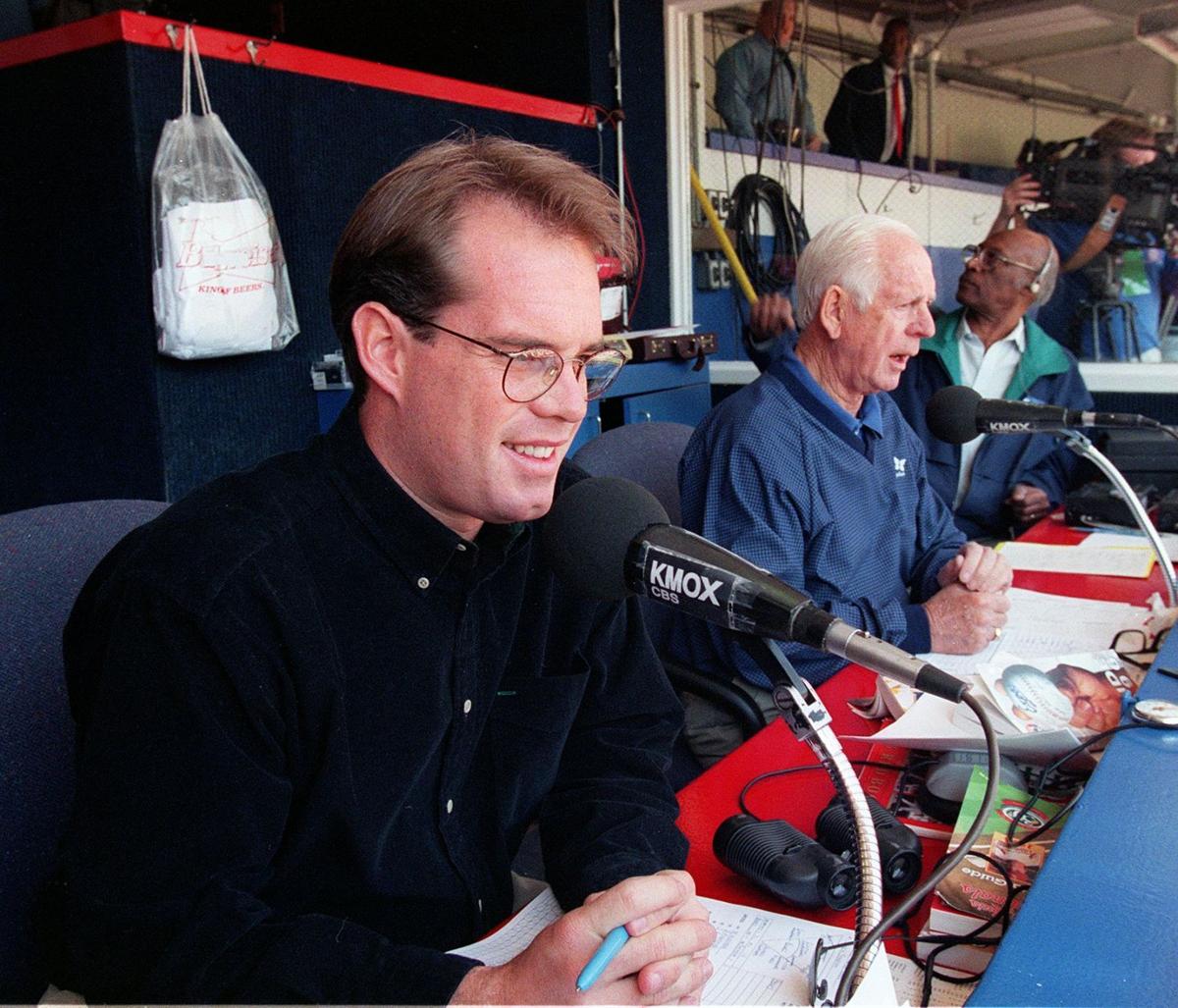 Aug 7, 2021- CANTON, Ohio — In a streamlined Hall of Fame ceremony Saturday, one that had lots of ground to cover, Joe Buck had all of two minutes to accept the Pete Rozelle Radio-Television Award for broadcasting excellence of the sport.

He hit the ground running. As the saying goes, never forget where you came from. And Buck didn’t.

In introducing himself to the crowd at Tom Benson Hall of Fame Stadium, Buck said: “I grew up and I live in St. Louis. Home of the Super Bowl-champion St. Louis Rams.”

Buck spoke glowingly of his father Jack — the legendary broadcaster who won the Rozelle Award in 1996 — and his mother, Carole.

But first came a joke.

“Jack and Carole Buck met in the mid-’60s and about nine months and three hours later I was born,” Buck cracked.

Then he got serious, as he and his dad now are the only father-son duo to have received the Rozelle honor.

And then he talked about his first big break in the world of football broadcasting. In 1994, Fox won the right to televise the NFC.

Fox hired some heavyweights, such at Pat Summerall and John Madden. But then as Buck put it, Fox “ran out of money.” So they hired some young talent such as Kenny Albert, Thom Brennaman and Joe Buck.

Buck also paid homage to his broadcast partner, Troy Aikman, who was on the stage Saturday wearing his gold jacket as a Hall of Fame quarterback for the Dallas Cowboys.