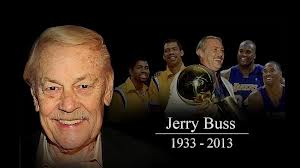 2/19/13 - The passing of longtime Los Angeles Lakers owner Dr. Jerry Buss has sent shockwaves throughout the City of Angels. Everyone that has worked with or for the Lakers owner has started to reflect on their relationship with Buss and the impact he’s had on them and on professional sports.

Longtime Lakers broadcaster and former player Stu Lantz talked about Buss’ impact on the game and the fact that the owner always knew where he was taking the team on 710 ESPN’s Mason & Ireland radio show:

“He had a vision of for where he wanted to go.”

Lantz, the longtime ASA member,  went on to comment on Buss’ “gambler mentality” leading to success as the Lakers owner via Mason & Ireland:

“Obviously, it played into his success quite a bit. He’s a self-made man and he didn’t come up with a lot. He made it all happen for himself. So, he was willing to take the risk so to speak. I think there was a method to everything that he did.”

After purchasing the Lakers back in 1979, Buss went on an amazing run leading the team to 10 NBA titles from ’79 to 2013. Buss was instrumental in the team’s success with a willingness to spend the money needed to bring in superstars and build rosters that were able to contend for titles on an annual basis.

During his time as the owner of the Lakers, Buss brought in some of the most memorable players in NBA and franchise history with Magic Johnson, James Worthy, Shaquille O’Neal, Kobe Bryant and Pau Gasol leading the way.

As arguably the greatest owner in team sports, Buss’ legend will live on and will remain the cornerstone of the storied franchise with Jeanie and Jim Buss carrying on his legacy. Dr. Buss has received tremendous support from players, coaches and owners around the league and will continue to be recognized as an important figure in the history of the NBA.