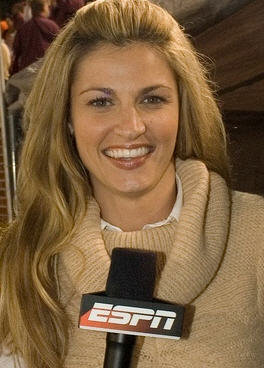 March 7, 2015 - Erin Andrews, Fox NFL reporter and co-host of “Dancing with the Stars,” has won her civil suit against the West End Hotel Partners and Michael David Barrett, who secretly videotaped her naked in 2008.

A Nashville jury deliberated for eight hours before deciding that Barrett would be responsible for 51% of the $55 million settlement and West End Hotel Partners for 49%.

The defense for the hotel had argued that Barrett, who shot the video through a peephole at the Nashville Marriott at Vanderbilt University where Andrews was staying, should be solely responsible. However the jury decided that both Barrett and the hotel should share in the blame.

Barrett pleaded guilty to interstate stalking in 2009 and is currently serving a two and a half year sentence.

Andrews testified that the video, which has been viewed by nearly 17 million people online, has caused her anxiety and depression, and the scandal will forever be attached to her name.