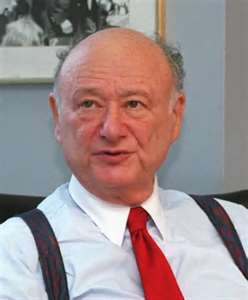 2/1/13 - Ed Koch, one of New York’s greatest mayors and a personal friend, has finally lost a battle, a battle to recover from congestive heart failure. Koch died at 2am Friday, and a bit of New York City died with him.

Mayor Bloomberg stated, “New York City lost an irrepressible icon, our most charismatic cheerleader and champion, Edward I. Koch. He was a great mayor, a great man, and a great friend...He will forever be a part of the city he loved so much.”

I must echo the Mayor’s remarks. Ed will be impossible to replace. He was an icon and on his tombstone he wrote:

“He was fiercely proud of his Jewish faith. He fiercely defended the City of New York, loved his country, the United States of America, in whose Armed Forces he served in World War II.”