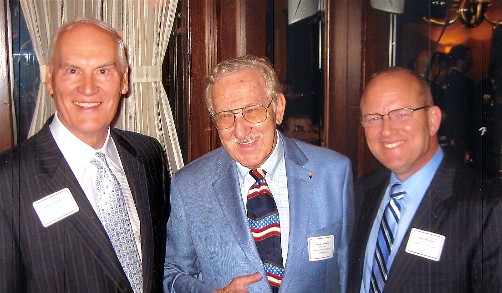 The purpose of the event, sponsored by UBS Veterans Network, was to celebrate the new collaboration between Easter Seals and The Donnie D. Dixon Center, and their joint effort to help the brave men and women who have valiantly served our country.

Col. Sutherland, former Special Assistant to the Chairman of the Joint Chiefs of Staff and Director of the Pentagon’s Warrior and Family Support Program, is the Executive Director of the Dixon Center and a longtime vocal advocate for our returning service members, military veterans, their families, and the families of the fallen.

The ASA is currently working on a job creation program which will train returning veterans in all aspects of broadcasting. Col. Sutherland has been a strong supporter of this initiative and has offered his guidance and support whenever possible.