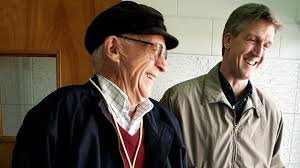 The 2017 season will mark Dickerson’s 18th season in the radio booth and his 15th season as the lead play-by-play voice of the Tigers. He made his Tigers debut in 2000, working alongside ASA Hall of Famer Ernie Harwell.

Aside from his baseball duties, Dickerson also does play-by-play for FOX Sports Detroit and ESPN3 covering the MHSAA High School Football Championships and University of Detroit Mercy basketball. He has also called Big Ten hockey games for FSD.

Dickerson previously worked five years at WJR in a variety of roles, including play-by-play for University of Michigan football and basketball, and co-host of “Sportswrap,” with Steve Courtney.

From 1988-1995 he worked at WWJ-AM hosting a Detroit Lions post-game call-in show and serving as a sideline reporter for University of Michigan football. He also anchored WWJ’s news and sports on the weekends and served as general assignment news reporter.

Dickerson got his start in radio in 1980 with WMAX Radio in Grand Rapids, MI, covering general assignment news and anchoring afternoon newscasts. He moved to WCUZ in 1982 where he covered both news and sports.

This is the second honor that the DSBA has bestowed upon Dickerson. He was named the recipient of the Ty Tyson Excellence in Broadcasting Award in 2008.