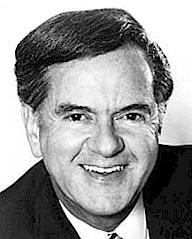 Bob Wolff, the longest running broadcaster in television and radio history, celebrated his 93rd birthday on November 29. Wolff, a professional broadcaster in nine decades, can still be seen on News 12 Long Island where he has covered sports since the station’s inception in 1986, as well as occasional appearances on the YES and MSG Networks.

Wolff began his professional career in 1939 on CBS in Durham, NC, while attending Duke University. He was the radio and TV voice of the Washington Senators from 1947 -1960 and for 36 years was the play-by-play telecaster for all events originating from Madison Square Garden which included the New York Knicks, Rangers, college basketball, Virginia Slims Tennis, the Westminster Kennel Dog Show and the National Horse Show.

Some of Wolff’s memorable calls were Don Larsen’s perfect game in Game 5 of the 1956 World Series, which was heard around the world on Armed Forces Radio, and the 1958 NFL Championship Game, the Colts’ overtime win against the Giants,  known as “The Greatest Game Ever Played.”

Among his many accolades, Wolff is one of only two broadcasters to be honored by both the Baseball and Basketball Halls of Fame. The other being fellow broadcasting legend Curt Gowdy. He was inducted into Madison Square Garden’s “Walk of Fame” and in 2012 The Guinness Book of World Records recognized him as having “The Longest Career as Sports Broadcaster.”